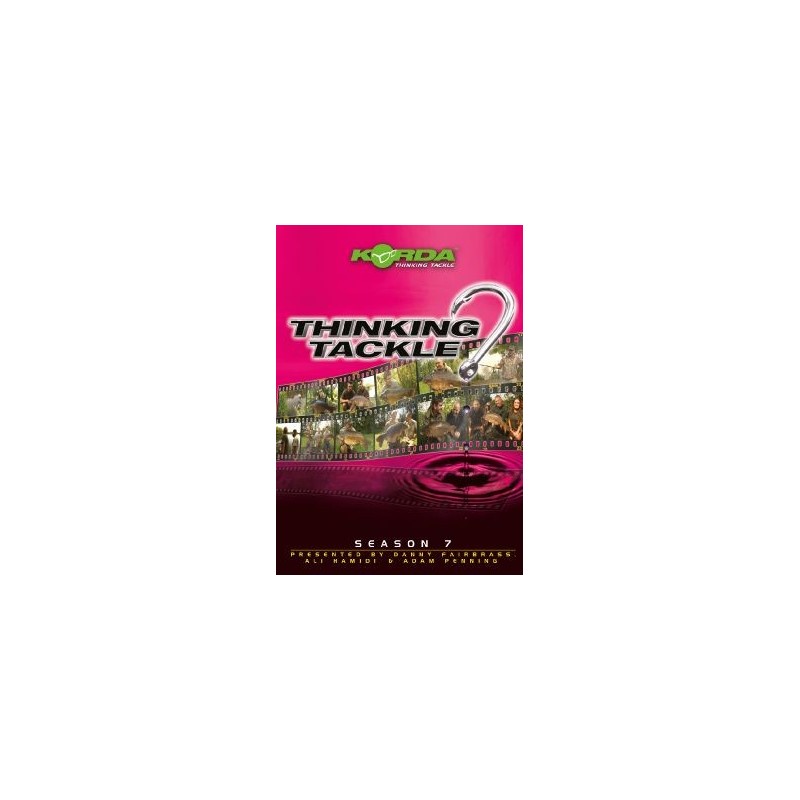 Series Seven of Thinking Tackle will be in most tackle shops from this Thursday, just in time for Christmas! The double DVD set features all eight episodes of the finest carp-fishing films on TV. Now into its ...

The eight-show run features the cream of Team Korda, along with a few new faces, tackling some of the premier venues in the UK, for your enjoyment. The shows are presented by TT veterans Danny Fairbrass, Ali Hamidi and Adam Penning and feature a guest list that includes Simon Scott, James Turner, James Armstrong, Tom Dove, Richard Stewart, Neil Spooner and Mark Bryant. We’ve also got a couple of extra-special guests for this season; Eastenders star Scott Maslen and The Only Way Is Essex’s Micky Norcross (with the Sugarhut Honeys in tow!).

As you’d expect, the programs are heavily laced with explanations of the tactics that the team use both in front of, and away from the cameras, so you can enjoy the inevitable action, then go out and use the tactics yourself. Many of the new products that we’ve released over the last year are featured on TT for the first time, which is certain to make interesting viewing. The venues are typically diverse in character, ranging from the intimate Hunts Corner in Oxford, through to the picturesque and historic Yateley North Lake and the pressured Kingfisher Lake on the Bluebell complex. This variety is key, because we know that no venue is the same and each presents a subtly different challenge.
Thinking Tackle Seven is sure to give you hours of entertainment this festive season, so pop down to your local Korda stockist after Thursday and you’ll be able to grab a copy!

5 other products in the same category