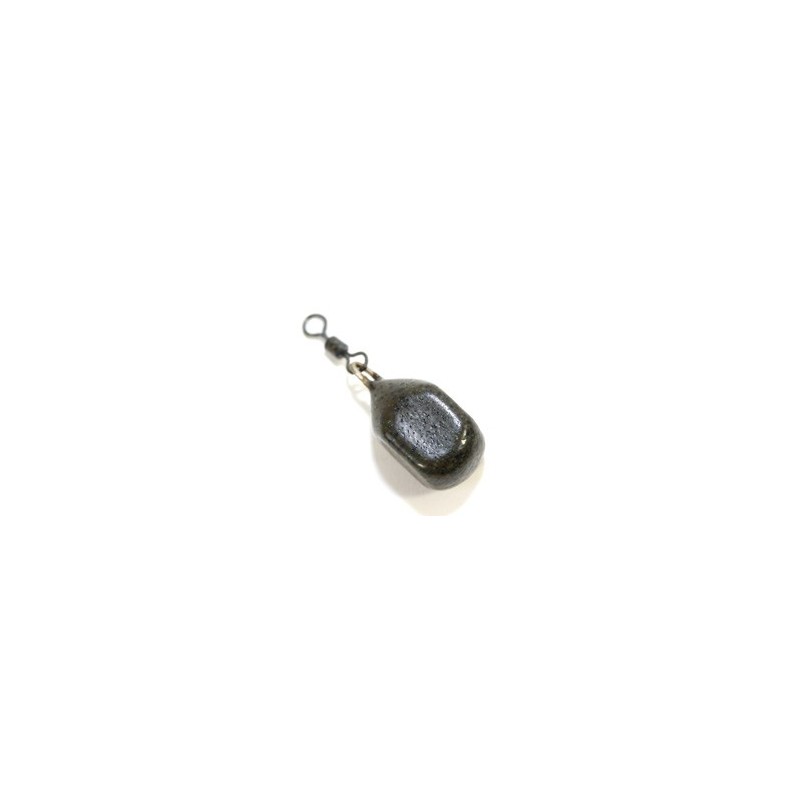 These leads have been designed exclusively from what we saw happening in Underwater Part 4. Without any doubt, when fishing on a hard gravel bottom inline leads hook the carp quicker than swivel type leads. The reason for this is...

These leads have been designed exclusively from what we saw happening in Underwater Part 4. Without any doubt, when fishing on a hard gravel bottom inline leads hook the carp quicker than swivel type leads. The reason for this is that the fish always pick up the lead from the heavy end first, because the hook link is always attached to the heavy end of the lead. In the case of Korda inlines the swivel is actually semi-fixed inside the lead, exaggerating the 'instant bolt' effect.

What I set about doing after watching the fish hooking themselves on Part 4, was to design the most condensed shape of lead possible. So, a fish would have to move the minimum distance before it felt the full weight of the lead.  Now, the most condensed shape of all is a ball, but a ball could possibly roll around before the full weight is felt and it isn’t tapered towards the back of the lead enough to stop the hook link tangling around it. So, I chose to put 4 flat sides onto the ball and gently taper the back to avoid tangles. An appropriate name that summed up the lead, was of course THE SQUARE PEAR.  As an inline there is no lead out there that the fish will feel the full weight of more instantly. Even as a swivel lead, the fish will still feel more of the weight sooner because it's so short and one end of the lead is almost the same as the other. Only the movement of the swivel will affect a difference.  So in short, you have the most condensed inline lead and swivel lead there can be, with flat sides that works in a fishing situation. We know because this is already the second generation of square pear, the first generation was too square which meant some times it would not roll over and lie on its side, instead it sat on its end with the swivel at the top of the lead sticking bolt upright off the lake bed, not ideal at all. This lead will cast almost as far as a normal pear lead but will have better hooking potential so I recommend you use it everywhere you can. The only time to change is when it will not cast far enough, then it's time to change to a Skyliner for inlines or a Tournament or Swivel Distance for swivel type systems. To maximise distance use a swivel lead, as it will always cast further than an inline. RETAIL REF:  SQPS11 - 1.1oz / 31g SQPS15 - 1.5oz / 43g SQPS2 - 2oz / 56g SQPS25 - 2.5oz / 70g SQPS3 - 3oz / 84g SQPS35 - 3.5oz / 100g SQPS4 - 4oz / 112g SQPS5 - 5oz / 140g

25 other products in the same category