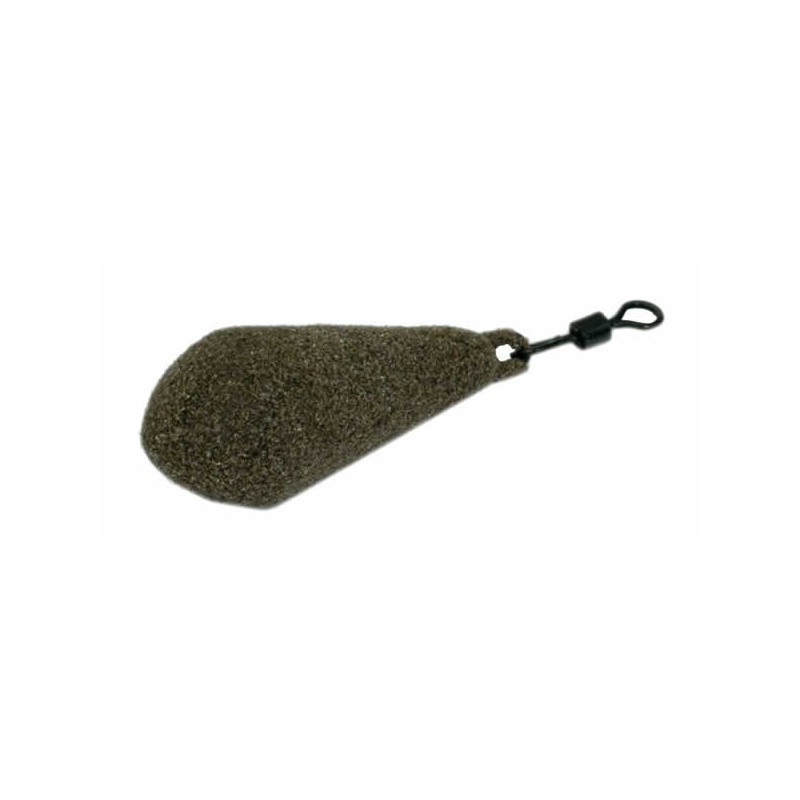 Twenty years after Danny Fairbrass made his first leads, we’re about to release our first major variation – the new textured coating. Let’s be clear, from the very start – our current camouflaged coating is, we believe, the best on...

Twenty years after Danny Fairbrass made his first leads, we’re about to release our first major variation – the new textured coating. Let’s be clear, from the very start – our current camouflaged coating is, we believe, the best on the market by some distance. However, let it not be said that we don’t listen to you guys, because our new textured coating has been developed due to massive demand for our famous leads with a textured coating.

It’s not been easy though, in fact, the development has taken a little while to perfect. Our lead production manager, Sean ‘Woody’ Stockdale, told us a little about the process. “This isn’t a new concept, far from it in fact. However, we couldn’t ignore the demand. We carefully considered the combinations of coating granules to produce the subtlest, matt-finish camouflage. Initially, we’ll be releasing the leads in three versions, Distance Casting, Flat Pear Inline and Flat Pear Swivel.”

It wouldn’t be right to herald the release of the new range without getting a word from the gaffer. Dan told us, “Ever since I started, I’ve paid great attention to camouflage aspect of my rig. This has permeated every aspect of Korda’s product range. This addition to our lead range, satisfies the almost constant demand for textured leads in colours that actually match what you’re fishing over. I stress this point because 90 per cent of the existing textured leads do not match what they will be lying on, which actually makes them stand out more. The range has been kept concise to keep the majority of anglers happy and we will consider expanding it as demand dictates. Personally, I would use either the smooth or textured leads because our underwater filming proves that both have superb camouflage properties.”

So, what are the advantages of a textured lead? Well, the coating is matt, so it simply won’t reflect light in the same way as a conventionally coated lead. The textured finish will pick up sediment from the lake bed, adding to the overall subtle effect. In fact, these leads get better and better with use! The characteristics that allow the leads to take on sediment will also allow the leads to absorb flavours, glugs or dips. Leaving a few leads to soak in Goo is sure to add an extra dimension of attraction.

25 other products in the same category